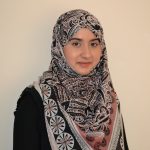 The lives of the Sahaba (companions) of the Prophet ﷺ are a treasury of knowledge, guidance ...