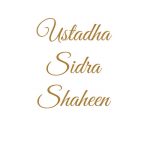 Ustadha Sidra Shaheen began her traditional Islamic education in Birmingham under the tutelage of the notable scholar Shaykha Safia Shahid. Under her careful instruction, she studied various Islamic sciences, including Arabic Grammar, Arabic Morphology, Hadith, Islamic Jurisprudence, Islamic Theology and Tajwid. She has also studied courses in Logic, Tafsir, Usul al-Fiqh and an exposition of Imaam Busiri’s timeless poem ‘Qasida al-Burda’. With a keen interest in Islamic Theology, Ustadha Sidra currently continues to further her studies in the traditional sciences, and has recently begun delivering online classes in Arabic Grammar. Ustadha Sidra undertook her undergraduate studies at the University of Birmingham before obtaining a Masters in Economics from the University of Warwick in 2011. Ustadha Sidra will be teaching Women’s Muslim College courses in October in Leicester and Walsall, covering the Certificate in Islamic Creed (Aqidah) and the Certificate in Islamic Law (Fiqh) in both locations insha Allah.

CERTIFICATE IN PORTRAIT OF THE PROPHET (SHAMAIL) | BIRMINGHAM