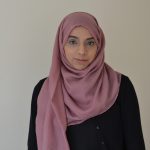 This course is designed to provide students with knowledge and understanding of the science of ...

The Islamic Sciences Diploma Programme is a 30-week programme over three terms, consisting of ...

The course will hone a correct understanding of beliefs core to the Islamic faith.